Home / News / Shocking Shakeup at ‘DAYS:’ Livingston OUT! Braun IN! 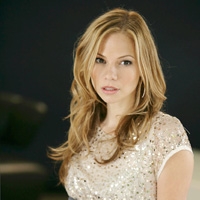 (SoapOperaNetwork.com) — Soap Opera Digest is reporting that NBC's "Days of our Lives" has let actress Natalia Livingston go after just three weeks on the air portraying the role of Taylor Walker and replaced her with her former "General Hospital" co-star (and "DAYS" alum herself) Tamara Braun.

"It was decided to take the character of Taylor in a new direction," said Co-Executive Producer Gary Tomlin. "Natalia Livingston is an amazing actress and a consummate professional. She is a class act and everyone at the studio adores her."

According to Digest, Braun began taping today and will first air in late April. Ironically, Braun won an Emmy award for Outstanding Supporting Actress in a Drama Series in 2009 for her portrayal of vixen Ava Vitali on "DAYS." In addition to her time on "DAYS," Braun is best known for her take on the character of Carly Corinthos on ABC's "General Hospital" and portraying one half of television's first lesbian married couple on "All My Children" with her character Reese Williams.