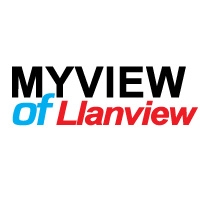 (SoapOperaNetwork.com) — Does, at the end of the day, “One Life to Live” show that it cares for its viewers? The answer may surprise you.

Given the show’s often stagnant ratings and high volume of viewer complaints, it may seem hard to imagine that “OLTL” might actually care what their fans think and want.  However, I really do think that they do care — at least to an extent; however not so much in terms of characters and writing, then in terms of the small things that provide a little wink to the audience to say, “hey here’s a little somethin’ special for ya.”

Granted those small gestures can only go so far, but they are a sign that perhaps at least someone behind-the-scenes is still listening to “One Life’s” ever vocal fanbase.  And in this day and age, when the soap genre is on life support, a little is better than none at all.

What are some of these little gestures I am referring to?  Well the most recent one that comes to mind was the remixed version of the show’s present opening theme music that accompanied the 1992-95 “Satin Sheets” opening during the encore showing of Todd and Blair’s gold balloon wedding last Friday.  Although the reason that the original theme composed for that particular opening sequence was not used was most likely due to copyright issues, it doesn’t explain why the “Tour of Llanview II” opening, which debuted only a few weeks after the encore episode originally aired, wasn’t used in its place.  Or better yet, why didn’t “OLTL” simply use just a title card for that episode, or even the current theme music as is with the particular opening?  Why go to the time and expense of remixing the current theme just to use for that one old episode?  Maybe it was a subtle hint that a completely revamped opening in presently in the works featuring the variation of the theme — the same one that fans have been complaining about for several years now as being tacky and out-dated.  Or maybe it was simply just an unexpected treat for the fans who tuned in to watch the episode.  Either way, I think that it shows that “One Life to Live” still cares.

Perhaps an even better example of what I am talking about was the re-recorded versions of the popular 1986-91 Peabo Bryson “Rainbow’s End” vocals featured in the original “Tour of Llanview” opening, that aired during last year’s “Starr X’d Lovers: The Musical” episodes.  Although none of the cast members who recorded updated versions of Bryson’s song could even come close to holding a candle to the original, it was still nice to hear that old theme again .  As a child of the eighties that theme song and opening sequence was one of my earliest memories of “OLTL.”  So that was a very, very special treat for us long-time fans.

Other examples include things such as showing a copy of Nathan Fillion’s (ex-Joey) “Castle” character’s book and Kelly saying he looked familiar, and Viki telling Gigi that Clint was a different man back then when they looked at a picture of the late Clint Ritchie while sorting through photos on her wedding day to Charlie.  It’s little things like these that help me find something recognizable in the show right now that reminds me of how it used to be.  Back when the characters were not one-dimensional and the writing was done by someone on a higher level than that of a high school freshman.

These days soaps are all about shock value and plot points. Men run around town 90% of the time without shirts on, women are degraded and made to look sub-servant to the men in their lives, storylines contain holes large enough to drive a truck through, and grown men and women are cast as middle and high school age kids.  “Masterpiece Theater,” it is not…

Much like David A. Gregory’s hyperventilating on Monday’s show when his character Robert Ford found out he had a son, talent is no longer required to be a soap star of the 21st century.  As long as you have a pretty face (among other things), you’ll do all right, apparently.  With that philosophy, is it any wonder that soaps are a dying breed?  Maybe, maybe not…but one thing’s for certain.  The “good ole days” are long since gone.  Thank God for memories and Youtube, where at least, they will continue to live on in my mind.

Moving on, congratulations to “CBRVA,” who correctly identified last time’s mystery “OLTL” celebrity guest star as Jeannie Ortega who, back in 2006, sang her hit single “Crowded” from her album “No Place Like BKLYN.”

Things got a bit crowded on the set when this Puerto Rican singer-songwriter stopped by Llanview to sing her then hit single from her debut album.

This pint-sized sex shrink stopped by Llanview in 1992 to help pump up the ego of an evil villain’s mild mannered twin at the request of his girlfriend.

So who is this mystery celebrity from the past? Bonus points if you can tell me the names of the other characters referred to above.  I’ll have the answers in the February 28th edition of My View of Llanview. And don’t forget to check out my Twitter page for all the latest “OLTL” news and information at SON.

Now, before I wrap up this column, I’m going to look into my crystal ball and give you a quick sneak peek at a few things coming up a few weeks down the road. These are for the week of February 28.  A worried mother tries to win someone over to her side.  Jealousy leads to violence.  A gigolo comforts someone in need.  Desperate, one man turns to harassment to get what he needs.  Another secret it revealed.  A nontraditional couple prepares to wed.  And someone receives an unexpected visitor.

Well that’s concludes yet another column. Hope everyone had a great Valentine’s Day.  Take care and enjoy the warmer weather. And until next time remember, we only have “One Life to Live”…