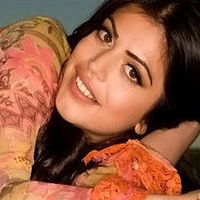 (SoapOperaNetwork) — The Indian actress, who has quickly become somewhat of a fan favorite since her first appearance as Rama Patal on “One Life to Live” back on January 20, shares a few ideas on how she envisions her new character’s background.

Treasuryvala, who has created a backstory for Rama, which includes how she and husband Vimal (Nick Choksi) first met, tells Soap Opera Weekly that “It was an arranged marriage. She was very young when she married him. But she has grown to love him, he is her family now and he is a good husband and sends money home to his parents and hers. But Rama does wonder what it would be like to be with other men.”

Meanwhile, expect to see more of Rama in the coming weeks as she plots her husband revenge on his former employer Clint Buchanan and holds information that could take down Clint’s son Joey’s gold digging fiancé Aubrey Wentworth.

For more with the Bollywood starlet, check out the February 15 edition of SOW.