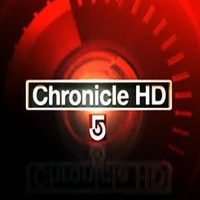 (SoapOperaNetwork) — Ever wondered how soaps make getting slapped look so realistic?  Or how the actors learn all those lines? On the heels of Shayna Seymour‘s walk-on role this week as “Shayna the diner waitress” on “One Life to Live,” the Boston reporter takes fans behind-the-scenes of the long-running ABC soap to answer those questions and interview cast members Kassie DePaiva (Blair), Ted King (Tomas), Mark Lawson (Brody), and Josh Kelly (Cutter).

The WCVB-TV anchor described her day in Llanview in a special episode of the station’s weeknight news magazine show “Chronicle HD.”  Click here to view Part 1 and Part 2 of Seymour’s day in the life of a soap star.  (NOTE: Part 2 also contains an unrelated story that was also featured on that particular episode of the program).