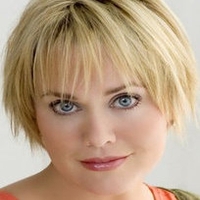 (SoapOperaNetwork.com) — Tonja Walker may be returning to “One Life to Live,” but don’t look for Alex to be coming back to Llanview anytime soon.  On Tuesday, March 15, she receives two familiar visitors, while still living it up in the life of luxury on Asa’s tropical island paradise, St. Blaze’s.

As we previously reported, Bo learns the truth from Rex that Clint had David (Tuc Watkins, who also resurfaces the week of March 14) thrown in a Moroccan prison and left for dead.  The pair then reluctantly head for the desert nation to find the elusive Buchanan heir.  However, once there things don’t go as smoothly as planned, and their search soon takes them elsewhere — to a more tropical climate, after receiving an important clue on Friday, March 11.

Enter Alex Olanov, whom you may recall accepted the island resort from Nigel (who inherited it from Asa), in exchange for her silence after learning that David Vickers was really a Buchanan.  But will Alex welcome her guests with open arms, or has she been cavorting with the enemy?

Either way, don’t look for Walker or Alex to stick around for very long.  The actress noted last month on Facebook that she was only returning for two episodes, although she would be open to more if the show would make her an offer.

On a related note, expect to see more the Buchanan’s trusty butler Nigel (Peter Bartlett) in the coming weeks as he learns some details of his his boss’ antics, which could place him in a precarious situation.

If you think you have seen the last of Beth (Aitana Rinab) and Brad (Frank Dolce), the two obnoxious teens helping Jack bully Shane, guess again.  The pint-sized thugs will return again by mid-March.