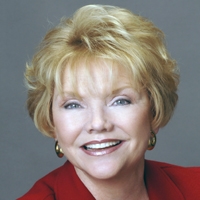 (SoapOperaNetwork.com) — The long-running ABC soap pays tribute to six-time Daytime Emmy winner Erika Slezak in celebration of her 40th anniversary of playing Llanview’s matriarch Victoria Lord with a special episode dedicated to her on Tuesday, April 26.  “I was so touched I started to cry [when I found out]. It’s so sweet. But I was kind of hoping it would all go by unnoticed,” the actress tells TVGuide‘s Michael Logan.

Slezak became the third actress to play Viki, who was originated by Gillian Spencer, on March 17, 1971.  She remains “One Life to Live’s” longest-running cast member, while Viki is the show’s only remaining original character.  But, despite spending four decades in Llanview, Slezak laments that she doesn’t think that reaching this milestone is all that special.  “I came to this show without a fuss — I crept in rather quietly — and when I leave I want to go out that way, too. I don’t like fuss. It’s a little embarrassing.” Even so, she confesses to Logan that “I think it’s just so darling that they want to do this special show for me, and I am deeply honored. I only have one concern — that I do it justice.”  She reveals she was informed about the decision by the show’s Executive Producer Frank Valentini, who told her that “We’re writing a show for you.”

As for details of special episode, she admits “I haven’t seen the script yet but I think it’s going to include a lot of me. [Laughs] No flashbacks or anything. I think they’re going to dredge up a lot of what’s going on in Viki’s life right now and how she’s dealing with it.”

Slezak also addresses the persistent cancellation rumors regarding “One Life to Live” and sister soap “All My Children,” noting that “If we get canceled, we get canceled. What can you do? I’ve had 40 years — that’s 38 more than I thought I was going to have. I can’t complain. And I did what my father said. [Laughs] I saved my money!”

To read the full interview, which also includes her reflections on a number of other topics, including working with Kim Zimmer and Robin Strasser, her memories of the late Phil Carey and Clint Ritchie, and auditioning for the role of Viki with “One Life” creator Agnes Nixon, click here.