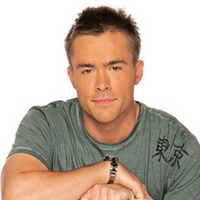 (SoapOperaNetwork) — With Clint Buchanan’s many secrets being exposed one by one, it’s not a matter of if Bo (Robert S. Woods) will learn the truth about what big brother Clint (Jerry verDorn) did with his illegitimate son David Vickers (Tuc Watkins), but when.  Soap Opera Network has learned that Omar Koury has been cast as a prison warden, in more Moroccan prison scenes that were taped earlier this month.  But there’s more to the story…

Still reeling from the fact that the ruthless Clint Buchanan, and not good guy Charlie Banks (Brian Kerwin) is his biological father, Rex Balsom (John-Paul Lavoisier) goes to confront his new “Pa.”  With tempers flaring and harsh words being slung, Rex threatens to expose one of Clint’s final secrets — that he had his own nephew David thrown into a Moroccan prison and left for dead.  But showing his true Buchanan grit, Clint refuses to back down, and instead calls Rex’s bluff, daring him to tell Bo the truth, realizing the news will destroy their close relationship.

Torn between loyalty and a sense of duty, Rex ultimately decides to confess.  But how will Bo handle the news?  Click here to watch “OLTL’s” February sweeps promo, “A Side of Life You’ve Never Seen!” (if you haven’t already), to find out.

This is where things get interesting.  Remember that audition script for that Prison Warden?  Look for the scene described in that audition script to play out on screen down the road when the two suddenly not-so-close buds head for the north African country this spring in search of David Vickers Buchanan.  But will they find what they’re looking for, or has Clint remained one step ahead of them?

Koury has previously appeared on “One Life to Live” as a a bodyguard.  He has also appeared on “All My Children” as a detective, and on “As the World Turns” as a forensics cop.  Other television credits include “The Unusuals,”  “Late Night with Conan O’Brien,” and “The Late Show with David Letterman.”