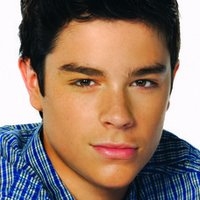 (SoapOperaNetwork.com) — The latest "One Life to Live" comings and goings for the month of March.

For all those wondering where in the world is Matthew Buchanan (Eddie Alderson), don't worry. He will be seen again on Tuesday, February 22, when he has an encounter with Shane, and again on Wednesday, March 2, when he receives some unpleasant news concerning a member of his family.

Peter Bartlett is back as Nigel, also on March 2, when he learns something important about his employer while watching an episode of "Access Llanview" with host Phyllis Rose (Wendy Williams), which is all thanks to Vimal (Nick Choksi).

Sean J. Cullen returns as Dr. Edward Levin as March 2 as well, when he, Clint, and Viki are one-upped by Tess, who delivers some shocking news.

Ilene Kristen is back as Roxy on Monday, February 21, when she returns to a horrifying scene at her hair salon. Look for her to pop up again on Friday, March 4, when she and Natalie have an interesting encounter with "Jessica."

Jessica Leccia pops up again as Inez, mother to the Ford brothers, on Thursday, March 3, when Todd puts the screws to her, demanding she tell him what he wants to know or else.

Nafessa Williams, who was recently cast in the contract role of Deanna, will make her "One Life" debut the week of March 21.

Former "Days of Our Lives" and "As the World Turns" heart throb Austin Peck will first air as "Rick" on Friday, March 25.

And Steph Garcia will appear again as a Buenos Dias waitress on Wednesday, March 30.