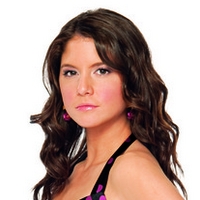 (SoapOperaNetwork) — With her time in Llanview coming to an end, Brittany Underwood (Langston) spends her final days at the “OLTL” studios.

Underwood, who was fired last month after nearly five years on the job, tells her fans via Twitter “So my last day is this Wednesday [February 9] for those of you who were asking, but I’m also there Tuesday [February 8], I’ll try and be outside around lunchtime both days [to meet with fans].”

Langston makes her (apparently) less than dramatic exit from Llanivew on Friday, April 8, when the aspiring writer is offered a movie deal.  But reassured soap fans, it won’t be the last we’ll see of the actress.  Underwood assures fans she’ll still be at the this year’s ABC Daytime Salutes Broadway Cares/Equity Fights AIDS fund-raising event on Sunday, March 13, tweeting that “I’ll be at Broadway Cares this year 🙂 Don’t think y’all r gettin rid of me that easy!! Lol.”