Home / News / Back Yet Again! Tuc Watkins Returns to ‘One Life’ 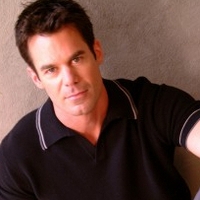 (SoapOperaNetwork.com) — With his character left to rot in a Moroccan prison, Tuc Watkins comes back to his old daytime stomping ground.  But with Bo (Robert S. Woods) now hot on his son’s trail, it maybe just a matter of time before David Vickers Buchanan is a free man once more — or will it?  As we previously reported, following a falling out between Bo and best pal/nephew Rex (John-Paul Lavoisier), the troubled pair head for the African desert nation in search of the missing Buchanan heir, only to realize that Clint (Jerry verDorn) is one step ahead of them.  Look for Watkins to next air as David beginning the week of March 14.

Watkins has played David on and off since originating the role in 1994.  He was last seen in early January trying to bribe a guard who was patrolling his jail cell.  He also portrays the recurring role of Bob Hunter on “Desperate Housewives.”  Other credits include Reggie on “Santa Barbara” (1993) and Dr. Pierce Dorman on “General Hospital” (1996-97), along with numerous television and stage appearances.  And he had a small role in the 1999 film “The Mummy.”

Also on on the 25th, Ariel Shafir played Dan, the man Tess flirted with while in Las Vegas.

And Kristen Alderson (Starr) tweeted Friday (February 25) that had a photo shoot for the show to attend.