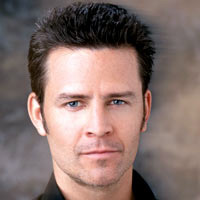 (SoapOperaNetwork.com) — The veteran soap star talks with the ladies of the daytime gabfest about his upcoming role on “One Life to Live.”

On Wednesday, January 19 (just two days before making his “OLTL” debut), Ted King is scheduled to talk about his new character Tomas, and give fans a sneak peek into his upcoming Llanview storyline.

The soap community continues to mourn for one of their own, Jacqueline Courtney, who passed away back on December 20.  Courtney, who died of metastatic melanoma, appeared on six different soaps between 1958 and 1989, including “The Edge of Night,” “The Doctors,” “Our Five Daughters,” and “Loving.”  But it was her portrayals of Alice Matthew on “Another World (1964-1975, and again briefly in 1984 and 1989) and Pat Ashley, along with her evil sister Maggie, on “One Life to Live” (1975-83) that helped make her a household name in daytime circles.  She was 64-years-old.

“One Life to Live” is looking for a thirty-something Asian or Hispanic male to play the dayplayer part of a “Sexy Goth Las Vegas Justice of the Peace,” whose wedding chapel has a “vampire theme.” This ties with a recent audition script for the bit part of an “Assistant,” which was released late last week.  The Justice of the Peace script opens with a wedding ceremony at a Las Vegas chapel called “Dracula’s Castle.”  The JoP tells the couple that no one understands eternal love like a vampire does.  He then says that everyone is gathered to witness the wedding of “Chad Tims” and “Sara Reet,” as the scene ends.

Broadway performer Wesley Taylor, who taped scenes as a “Creeper” on January 12, has posted some pictures of his day on the set on his Facebook page.

Shenell Edmonds (Destiny) has noted that her next airdate is Monday, January 24.

Alex Tavis, who plays Moroccan guard Amir Rashad, has posted a picture of himself his “OLTL’s” character’s uniform on his Facebook page.

Brittany Underwood (Langston) gives her fans a little insight to “One Life’s” upcoming Valentine’s Day episode, tweeting that “I definitely had about 50 candy hearts on set the other day for valentine’s day scenes, curse you awesome prop food! Lol time for a work out.”

Kassie DePaiva (Blair) comments that “My sister Sara and her husband Brad are visiting us this weekend. Looking forward to some skiing and fun after a long week at ‘OLTL.'”

Tonja Walker (Alex) writes on Facebook that “I lost 5 pounds in 7 days with this Isagenix thing… BUT I have 13 to go to get back to what I was when I left the show… Pre-babies… Can she do it folks…???”

And for those fans who have been asking if Starr gave James’ new friend Michelle “the finger” at the end of the January 13, Kristen Alderson (Starr) tweets that “hahah I know!it totally looks like I gave Michelle the finger!LOL I didn’t though, it was my pointer finger. so funny.” And here is an interesting picture on Facebook.