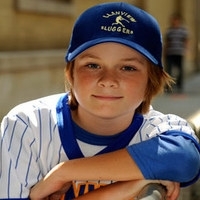 As Marty’s memory starts to clear up she begins to remember Natalie’s secret. Jessica and Brody decide to marry right away. They convince Natalie and John to join them in a double-wedding.

As Aubrey is about to tell the Buchanan family about Clint’s treachery, Clint stops her and apologizes for having disowned Joey. Cutter visits Dorian on a pretense and while he’s there the yearbook from the Paris boarding school Aubrey supposedly attended arrives. He hides it from Dorian. The yearbook photo reveals that Aubrey Wentworth isn’t who she claims to be. Dorian surmises Aubrey has something on Clint.

Echo discovers that Shane is being bullied and he begs her not to tell his folks. When Rex and Gigi arrive, Echo keeps the problem to herself.

Rex questions Echo about his paternity, and that he’s considering getting another DNA test. Echo warns him to leave it alone.