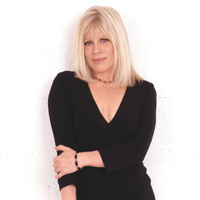 (SoapOperaNetwork.com) — By day Ilene Kristen plays Llanview's lovable eccentric, alcoholic hair dresser Roxy Balsom. And by night she returns to her theater roots — this time in the off-Broadway production of "My Big Gay Italian Wedding."

Beginning Thursday, February 3, and running for a limited engagement through Saturday, March 12, Kristen will play the role of Aunt Toniann (which is currently portrayed by Carla Marie Mercun) in the production at St. Luke's Theatre in New York City.

"My Big Gay Italian Wedding" focuses on the lives of two gay men as they plan their wedding with their family and friends. A press release offers the following description of the play: "Planning a wedding can be hell… or a hell of a lot of fun! Two handsome grooms, one overbearing Italian mother, a jealous ex-boyfriend, the wedding planner from Hell, and an assortment of kooky family and friends all gather together for Off-Broadway's newest laugh-out-loud comedy with a heart."