Home / News / Fillion Brings ‘Castle’ and ‘One Life’ Together 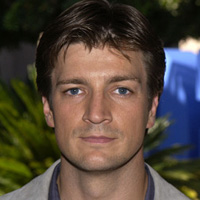 (SoapOperaNetwork.com) — Unlike most former daytime actors, Nathan Fillion is embracing his daytime roots, which is good news for fans of ABC daytime and primetime.

At least twice in recent weeks, the long-running ABC daytime sudser has paid homage to its former star, who played Joey Buchanan from 1994-97 (and again briefly in 2007), by alluding to his hit primetime show “Castle” in different lines of dialouge.

In December, it was abusive father Eddie Ford (John Wesley Shipp) who told cops after being arrested that “No, no! This isn’t ‘Traffic.’ I know how this goes, I watch ‘Castle!'” Then there was last week when Fillion’s former on-screen love interest Kelly Cramer (Gina Tognoni) picked up a copy of his primetime alter ego Richard Castle’s book “Naked Heat” (which had his picture on the back of it) at a newsstand, and asked the cashier if he looked familiar to him.

Now it’s “Castle’s” turn to give a shout out to the show’s loyal daytime fanbase. The show’s Executive Producer Laurie Zaks tells Entertainment Weekly that “OLTL” fans can look forward to a March episode of “Castle” titled “One Life to Lose,” which will feature the murder of a very prominent fictional soap star.

As for Fillion, he claims in a recent interview with the Hollywood Reporter that “I would also love to go back to ‘One Life,'” despite the fact that the soap recently recast the role with Tom Degnan. “They just got a new Joey, the character I played, so I would love to go back and just do a walk-on where Joey’s in the middle of something super-serious, [acts out bumping into him] and says, ‘Oh, hey. Sorry,’ and then just keep waking. I would love to do that… Not even say anything, just an ‘Excuse me.’ And then him go, ‘Wait, was that? No…’ I always think those are hoots.” It is unknown, however, if “One Life to Live” will grant his request.