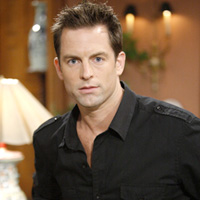 (SoapOperaNetwork.com) Tis the season for manipulations…

Deacon and Nikki celebrate her sixty days of sobriety, Monday, December 20th. That same day, Nikki sees just how financially unstable Diane is. Jana does her best to pull the wool over Kevin’s eyes. On Tuesday, December 21st things get hot and heavy between with Ronan and Heather, while across town, Daniel vows to win Abby’s heart again. Christmas wishes come to both Victoria and Ashley and Friday, December 24th, a very special encore episode of The Young and the Restless will air.

The Inside Story: Unable to Set the Record Straight
After getting news from Leslie that there may not be enough evidence against Adam, he begins to feel hopeful. His hopes are dashed instantly however when he learns that Phyllis’s latest issue of Restless Style is going to depict him as a man that murdered his wife. Wanting to get to the bottom of things, he calls her, only for the feisty red-head to go for the jugular in letting him know that evidence; an umbrella, bag and shoes stained with her blood, have been sent to the police station. Shortly after , Jack goes to Ronan, reporting what was found at the bus station pertaining to Skye. Ronan, instantly takes Adam to the police station for some interrogation. The minute Sharon learns the news, she high-tails it over to go off on both Jack and Phyllis, then heads to the police station to give her support to Adam. Jack and Phyllis both question on whether Skye is dead or alive. Not phased however, Jack smugly admits that he could care less if Adam is falsely accused . Adam, however, does care, especially when the new evidence that Phyllis and Jack found comes back solid. Ronan announces that Adam is going to be charged with murder.

A Closer Look:The Grinch that Got Left Out in the Cold
Nikki offers another olive branch by asking Victor to celebrate Christmas as a family. He instantly turns her down, focusing his attentions on business and his continuing scheme against Adam. When the family gets fed up with Victor’s latest plotting, they all decide to turn their backs on him during Christmas, leaving him alone. Victor is soon placed in his very own A Christmas Carol, as he is confronted by Hope and Sabrina, who represent Christmas Present; soon followed by past memories presented to him by his mother representing Christmas Past. Victor soon finds his future very bleak when Nikki and Jack appear to him as Christmas Future.