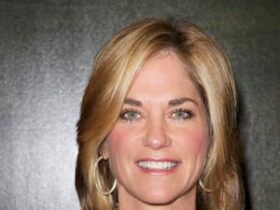 Starr suggests to Cole that they take Hope and flee somewhere and live their lives as fugitives. Cole turns himself in for the murder of Eli.

James tells Ford that he’s more in love with Starr than ever. Inez urges James to tell the truth about Cole’s whereabouts before he gets arrested.

Natalie calls Brody to tell him she’s decided to have a paternity test on her baby.

Todd and Téa make love and Todd wants to have a party to celebrate the fact that Téa is alive.

Rex tells Bo that the mystery of his parentage has been rekindled. Viki confronts Echo with the book containing the Rick and Lili letters, accusing her of bamboozling Rex.