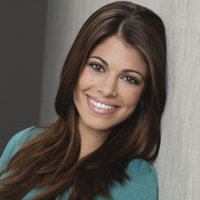 (SoapOperaNetwork.com) — A look at what’s happening on “All My Children” during the week of December 27, 2010.

Damon makes an announcement about his future on Monday, December 27. Father Clarence makes his annual rounds. Kendall begins on the road to healing. Greenlee and Kendall have an emotional encounter on Tuesday, December 28. Erica reflects on her past to push Caleb in the right direction with his son. Cara plans to prove Griffin wrong. Cara is truthful with Tad on Wednesday, December 29. Amanda wants Cara gone. Natalia and Brot make a date. “All My Children” will air encore presentations on Thursday, December 30 and Friday, December 31.

The Inside Story: Young & Restless
Annie takes unique measures to make sure JR really hears what she wants on Monday, December 27. Marissa, meanwhile, gives JR exactly what he wants for Christmas. Scott (Daniel Cosgrove) is happy to see Marissa on Christmas Day. JR is irked by Marissa’s concern for Scott. Marissa tells Scott what’s been going on with her, JR and AJ. JR visits Scott. On Wednesday, December 29, Scott tells JR that while he may have fooled Marissa he’s on to him. Annie confides her fears to Amanda. JR gives Annie bad news.

A Closer Look: The Guiding Light
Frankie gives chase after Madison skips out of Hubbard family celebration. Madison pushes Frankie away. Greenlee calls for help after finding a hurt Madison passed out in the snow. Affected by the close call, Madison makes a big decision on Tuesday, December 28. Will Madison take Greenlee up on her offer and leave Pine Valley for good?