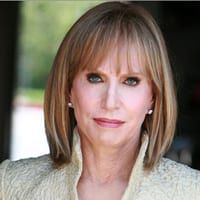 (SoapOperaNetwork.com) — A look at what’s happening on “One Life to Live” during the week of October 18, 2010.

Ford receives a visit from Clint and his two hired thugs. Brody and Jessica have the paternity test on her baby performed on Monday, October 18. Brody and Charlie grow closer as await the test results. When Viki goes to lend her support to Dorian, they end up talking about Echo. Roxy is impressed that Echo slept with two of Viki’s husbands. Rex continues investigating Echo, and on Wednesday, October 20, is stunned to find a half-heart necklace among her personal effects. Curious, he decides to return to New Mexico to see how she is connected to his birth parents Lili and Rick. And Cristian is upset when Layla has to work and unable to return to Llanview for a previously scheduled visit.

The Inside Story: Suspicion

Téa and Dani share a tearful reunion on Monday, October 18. Meanwhile, Eli explains to an unconscious Greg how he plans to exchange Téa for Blair and still obtain the money he originally set out to get. Before he leaves Greg’s hospital room, he injects something into his IV. Todd explains to Nate that, while he was able to speak with Dani, Eli refused to put Starr on the phone. Back in the attic, Starr struggles to free herself and Hope. James interrogates Hannah after discovering that she has his bullet necklace. Afterward, he asks Ford about why his brother doesn’t trust the girl. Hannah, meanwhile, worries that James may be on to her scheme. On Tuesday, October 19, James comes to the conclusion that Hannah has something to do with Starr’s disappearance. Hannah returns to the attic and threatens to take Hope away from Starr. Langston is shocked to find Ford and Hannah together on Wednesday, October 20. Ford nearly gets Hannah to make a confession regarding Starr when Cole suddenly arrives. Cole tells James he’s sorry for the incident at the police station. At the same time, Starr dreams that Cole is being manipulated by Hannah, and that she is being rescued by James.

Téa orders Eli to tell her how he was able to get Greg to lie about her having a brain tumor on Thursday, October 21. Later, he calls Todd and tells him to bring the ransom money to the warehouse. While Todd, Blair, and John leave to deliver the money, Natalie receives the test results on Tea’s “ashes.” Meanwhile, Téa begins to suspect that Eli wants to trade her for Blair as his hostage. Vivian manages to resuscitate Greg when he flat lines. Matthew and Darren join the Evan’s family as they celebrate Destiny’s birthday. Matthew and Nate have a little disagreement. Greg is arrested after he explains to Natalie how he was blackmailed by Eli. As Todd, John, Bo, and the SWAT team arrive on the scene on Friday, October 22, Blair sneaks into the warehouse undetected, where she bumps into Téa. Eli displays a handheld transmitter, which he claims is connected to a bomb somewhere the building, and threatens to detonate it. Natalie urges Brody to let her tell John that Téa is alive and one of Eli’s hostages. Cole remains depressed over Starr and Hope’s disappearance. James, Ford, and Lagnston go undercover and stake out Marty’s house so they can trail Hannah. Greg’s loved ones listen as he explains how he was forced to do Eli’s dirty work. And Richard and Phylicia Evans break the news to Destiny that she is not really their daughter.