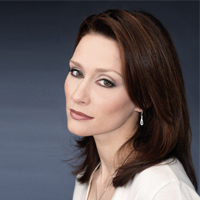 Jason gets a message from Franco and the situation comes to a head.

Lucky, Nikolas and Elizabeth realize who has taken the baby.

While Jax charms the Contessa Fernanda de la Barca, who has control of Alcazar’s millions, Skye gets access to the Contessa’s office and steals back Alcazar’s fortune.