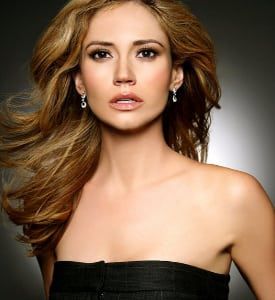 Cole warns James to keep his distance from Starr on Monday, August 23. When James sends her flirtatious text messages, Starr responds with angry ones and tells him to leave her alone. Ford works to get back in Langston’s good graces. On Wednesday, August 25, Ford grows frustrated with his brother’s pursuit of Langston and orders him to start paying his own way. Starr and Langson have a heart-to-heart talk about James. And Cole visits Hannah at St. Anne’s, and it is evident they care for one another. Elsewhere in Llanview, Jessica and Natalie try to convince themselves that Brody and John are the father of their babies. Jessica seeks Ford’s medical history out of concern for the safety of her unborn baby. Destiny decides to bury the hatchet with Nate for stealing Dani away from Matt and, along with Darren, extends him an olive branch on Friday, August 27.

The Inside Story: Wedding Bell Blues

While pretending she’s actually been arrested, Kelly tries to coax Ford into helping her bring down Eli on Monday, August 23, claiming it will be the only way he can protect his brother. Afterward, she and John get a warrant to arrest Eli. Meanwhile, the double wedding is about to begin. David confesses to Viki that her and Charlie’s plan worked after all. Eli confides in Blair that he really doesn’t want to have to get married alongside David and Dorian, and suggests they wed elsewhere. Despite Blair’s reservations about breaking her promise to Téa, Eli manages to convince her to run off and get hitched. As she prepares to leave, Blair tells Dorian that both couples should marry separately, to which her aunt agrees. At the same time, Shaun regretfully tells Dani he can’t help her locate her mother because she doesn’t want to be found. On Tuesday, August 24, John and Brody come up empty-handed while searching for Eli at the Country Club, and are concerned for Blair’s safety after learning she left with him. David and Dorian’s wedding comes to an abrupt end. Shaun is held hostage by Todd, who tells him that he knows he helped take Téa to the hospice center, on Wednesday, August 25. Shaun eventually gives in and agrees to take Todd and Dani to visit Téa, who has a sudden change of heart and now wants her loved ones with her when she dies.

A Closer Look: Death Becomes Her

Meanwhile, Blair and Eli arrive in Tahiti, where they intend to become husband and wife. John breaks the news to Kelly and Ford that Eli was one step ahead of them. As Dorian reads David’s note to Viki saying he can’t commit to being in a relationship with her, David is thrown into a prison cell in Morocco. By Thursday, August 26, John sends Brody and Natalie to the country club to look for clues as to where Eli might have gone. As Natalie leaves the police station, she has an awkward encounter with Marty. John informs Marty and Cole that Eli is responsible for her fall, along with several other crimes, and then tells her that Natalie is pregnant. Starr and Langston take a drunken Dorian home. While sitting in his cell, David is surprised to get a visit from Clint, who tells him his predicament is payback for running Kim out of town. In Tahiti, Blair is anxious to return home, fearing she has been away from Dani for too long. However, Eli plots to keep her by his side on Friday, August 27. Later, a shocked Blair finds a gun hidden in a drawer. Ross resurfaces, and is shattered to learn that Téa is near death. As their wedding ceremony begins, Blair begins to have second thoughts about marrying Eli. Back in Llanview, Rex and Kelly realize where Eli has taken Blair. Todd and Dani arrive at the hospice center, only to learn from Greg that Téa has died. And Layla discovers that Bennett Thompson was the man who encouraged her mother to take Evangeline off of life support.