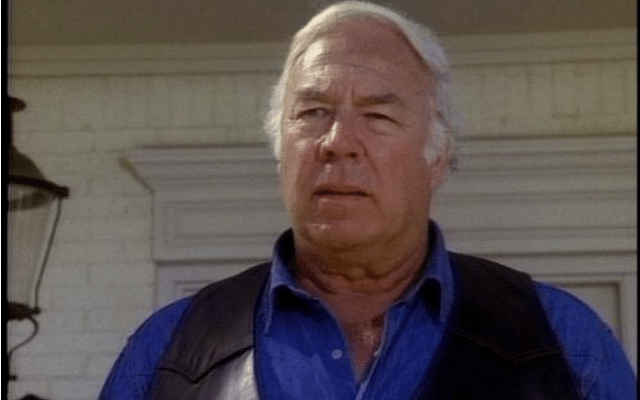 “The Young and the Restless” Alum George Kennedy Dead at 91

(SoapOperaNetwork.com) — Just days before next cycle’s “Dancing with the Stars” cast is announced during Monday’s episode of ABC’s “Bachelor Pad,” comes word that actor Jack Wagner, who portrays Nick Marone on CBS’ “The Bold and the Beautiful,” is rumored to be joining the cast in the upcoming 11th season of the hit ABC reality-competition series.

While ABC has had soap stars from the past and present appear on the series over the years, it was always someone from within the ABC/Disney family including the likes of “All My Children’s” Susan Lucci and Cameron Mathison, along with Aiden Turner who appeared in this past spring’s 10th season just after being fired from the ABC soap. “General Hospital’s” Kelly Monaco won it all in the first season of the program in the summer of 2005. Another notable alum is former “SoapTalk” (which aired on Disney cable network SOAPnet) co-host Lisa Rinna. When pressed for a response an ABC spokesman reminds us that the “network does not respond to casting rumors.”

While Jack Wagner portrayed the role of Frisco Jones on ABC’s “General Hospital” from 1983-1988, 1989-1991, 1994 and 1995, it is highly unlikely that the network would be willing to help promote a rivals competing series, so the chances of him appearing are slim. Meanwhile, Mario Lopez was the closest a daytime soap star from another network has ever come to appearing on the show as he had just completed a brief stint on “B&B” just before “Dancing’s” second season premiere in 2006. He finished second with partner Karina Smirnoff.

The official cast of “Dancing with the Stars'” 11th season will be made on Monday, August 30 during ABC’s “Bachelor Pad.”

Stay tuned to Soap Opera Network and for all the latest developments relating to this story.