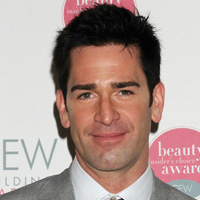 Kelly questions Rex about his progress in locating Bennett Thompson. Viki and Charlie team up to help David and Dorian realize they still love one another on Wednesday, July 7. Elsewhere in Llanview, Jessica tells Brody about her evening with Ford. Feeling guilty about his own tryst with Natalie, he quickly forgives her. Kelly confides in Jessica that she and Todd recently kissed, and that she is still shaken up by it, even though she is sure Todd had some non-romantic reason for doing it. Layla tells her mother about her engagement to Cristian on Friday, July 9. However, when she asks to see Evangeline, she is told that she is in the hospital, and she rushes off with Cristian to check on her.

John stops Natalie at the airport as she is about to depart for London, and proclaims his love for her. An overjoyed Jessica informs Brody that her memory has returned and that she loves him. Rex and Gigi remain locked up in New Mexico after breaking into Otto’s jewelry store. Markko confides in Cristian and Layla how Langston cheated on him with Ford. Langston tells Starr the truth about her affair. And Ford is beaten and left for dead, while Markko washes blood from his hands at the Buenos Dias.

The Inside Story: The Truth Hurts

As he prepares to meet with Bull at the abandoned barn, Todd is shocked to see Starr and Dani there as well. Following a shoot-out, Bull is left dead and James wounded on Wednesday, July 7. Nate and Todd work feverishly to get the passed out boy to the hospital. Meanwhile, Blair encounters a very ill Téa, and takes her to the hospital where they encounter Todd and the teens. Dani’s world is shattered when Téa tells her daughter about her recent cancer diagnosis. Dani takes the news rather hard, and decides to take a walk in the park on Thursday, July 8. Blair tells Téa that is proud of her and renews her vow to help Dani cope with the news. Ford soon arrives at the hospital as well, where he is confronted by Starr over abandoning his brother. After receiving news of the situation, Cole visits the hospital, where he bumps into Starr. By Friday, July 9, Cole, grateful that Starr is okay, tells her of Hannah’s lies and apologizes. However, Cole senses her connection to James, when a nurse updates them on his condition. Todd confesses that the recent incident brought he and Dani closer, but that he blames Nate for getting his daughter into trouble. Dani promises Téa she will stand by her. And Matthew is nervous over what took place after he tattled on Nate, however David convinces him to keep his mouth shut.

While she denies attacking Ford, Hannah admits that she lied about seeing who pushed Marty. Kelly can’t understand why Blair is hesitant to respond to Eli’s marriage proposal on Tuesday, July 6. Ford reveals that Eli was the person who sent him the letter instructing him to implicate Hannah as his attacker. John takes Cole and Hannah down to the station, where Eli is waiting to represent her on Thursday, July 8. Alone, Eli asks Hannah if she really saw who pushed Marty down the stairs. Marty meanwhile, appreciates John’s kindness when he agrees not to arrest Cole for jumping bail. And, on Friday, July 9, Eli orders Hannah not to confess what she knows about the recent attacks on Marty and Ford.