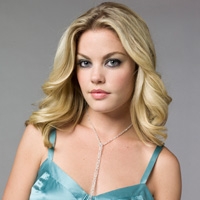 Viki overhears parts of Echo’s phone conversation with Ionia. On Tuesday, June 28, Echo tells Viki about Dorian’s role in Clint’s heart attack. Ionia puts the moves on David, which Dorian observes. David is afraid Dorian doesn’t trust him. Echo is pleased with the fallout from her revenge plot. Elsewhere in Llanview, Deanna and Nate are worried about Rick’s threats to expose them. Dani wonders what Deanna and Nate are up to. Baz gets under James’ skin, but asks him to do something special for Starr on Wednesday, June 29. Tomas tells Téa he has a son. Dani asks Baz to give Tomas a chance. Baz, meanwhile, continues to be intrigued by Starr. And Destiny purchases a pregnancy test.

The Inside Story: The End is Near — Or is It?
With Clint’s time running out, Viki summons the family to the his hospital bed on Monday, June 27. Clint and Viki share a warm moment. Later, he urges his kids to put aside their differences and move on with their lives. Meanwhile, Todd and Téa have a major showdown over Jack. On Tuesday, June 28, Rex has a proposition for Clint, and later explains his actions to a brain dead Gigi. Todd tells Jack to get his act together, and gives him a job at the Sun. Aubrey asks Cutter for room and board. Vimal learns the truth about Rama’s pregnancy. Nigel gains the upper hand on Cutter. Joey and Kelly inch closer. Cristian is disappointed with Rama’s greedy admission. Clint has renewed hope. By Thursday, June 30, Blair learns of her son’s latest actions and Todd’s reaction to it. Starr urges Jack not to end up like their father. Rama tries to set things straight with Cristian. Rama has some harsh words for Aubrey. And Joey and Kelly continue to grow closer to one another.

A Closer Look: Sibling Rivalry
Viki tells Jessica she shouldn’t be so quick to push Brody away on Wednesday, June 29. As Jessica and Brody have a talk, Viki urges Natalie to figure out where things stand between her and Brody. Ford interrupts Brody as he is about to listen to the tape containing Marty’s therapy session with Dr. Buhari. Brody is forced to make a confession to Ford. Jessica calls Brody, and is surprised by what he has to say. Ford kidnaps Jessica. On Thursday, June 30, Natalie and Brody decide to take the next step. Blair gives John some sound advice. However, Natalie later tells him that she moved on. Drunk and in the dumps, Todd tells Vimal about baby Liam’s true paternity. Meanwhile, Brody plays the cassette tape and is horrified by what he hears on Friday, July 1. Brody sees Natalie with John. Brody opens up to Liam. Todd realizes what he’s done. Jessica is less than a model hostage for Ford, much to his dismay. However, Jessica stands her ground.