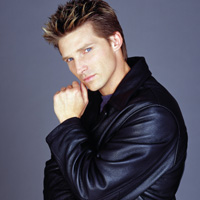 Sam explains to Jason that the couple was denied a conjugal visit because she is not legally his wife. Jason feels guilty about not being able to protect Michael sooner in jail and from the larger consequences of being in the mob.

Dante enjoys Brook’s cooking and company as they reminisce about the past. Lulu arrives home after successfully convincing Carly to hire Brook. Dante and Lulu have sex after dinner.

Claire overhears Sonny tell Olivia he wants Johnny dead. Carly tells Sonny he should do whatever it takes to free Michael.