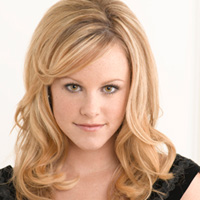 Michael delivers compelling testimony in the courtroom as his anguished loved ones look on. Judge Carroll reprimands Michael to jail, saying he’ll announce his sentence at the end of the week.

Luke cautions Lulu that she’s headed down a rough road for standing by Dante. Johnny is determined to get revenge against Sonny.

Spinelli tries to point out to Jason that no good would come from him killing Dante.