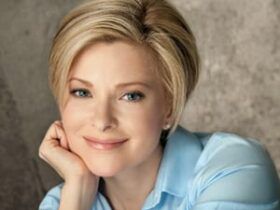 Erica’s plane crashes and her and the pilot survive. A stranger named Caleb shows up on the scene and combs through the wreckage and finds Erica. He informs Erica that the pilot was taken to the hospital and since he has no car or phone she’s stuck there. Caleb agrees to let her stay at his cabin. Back home, Jesse accuses Ryan of being part of the Miranda scandal.

JR reassures his wife that he doesn’t think about Annie or compare the two women. Annie tells Scott they should explore their chemistry. Scott and JR talk business with a financial officer. Scott pulls out the file left to him by Palmer which contains an idea that will ensure the company more riches.