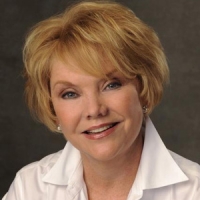 Joey and Natalie want to know if Viki is Niki as the fight for Ryder’s custody is decided. Ford and Tess don’t want Niki revealed. Niki takes the stand and says she’s giving up the fight for custody.

Meanwhile, inside Viki’s mind, the struggle for dominance plays out between Jean and Viki. Viki wants Jean to release her but Jean tells her she’s only as strong as Viki herself. At one point Jean takes over in the courtroom and seems to advocate for Viki to take custody, but her effort fails.

Viki passes out, overwhelmed and exhausted. Natalie and Joey panic and an ambulance is called. They summon Viki back, reminding her of her strength and importance. Jean convinces Niki that if Viki dies, so do they. Even Niki urges Viki not to give up without a fight. Ultimately Viki wakes up and she’s Viki.