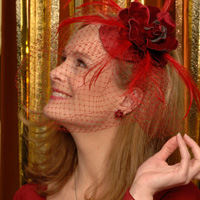 Kelly’s flabbergasted when Todd tells her he’s going to make her honor the contract she signed. Although forced to give in, Kelly makes it clear to Todd she’s no pushover.

Wanting to forget Todd, Blair jumps into bed with Eli but leaves in a huff when he says he wants their relationship to be more than just sex. After an encounter with Jessica, Blair realizes she does want more with Eli but finds him with Téa when she returns to his room.

Jessica’s devastated when Cristian chooses Layla over her.

Téa informs Schuyler that Eli arranged for someone from Children’s Services to drop by for a home evaluation. After disposing of the social worker, Allison arrives at Schuyler’s door.