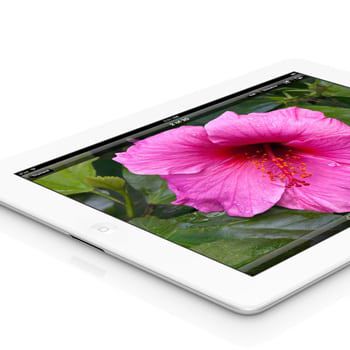 (SoapOperaNetwork.com) — March ushers in a few casting surprises for fans of “One Life to Live.”

Alice Barrett, best known for her portrayal of psychic P.I. Frankie Frame Wintrhop on “Another World,” will make her Llanview return later this month. Look for Barrett to play a doctor who treats a certain individual at Llanview Hospital. A first airdate has been announced for the actress, however expect her “OLTL” stint to be brief.  Barrett played Dr. Morrison on “One Life” in a handful of episodes in 2008, when Dorian, mistakenly thinking her daughter Langston was pregnant, wanted her to get an abortion.

SON can now provide an airdate for Erin Cronican‘s upcoming appearance on “One Life to Live” as a social worker. On Friday, March 19th, Eli arranges for someone from Child Services to pay Schuyler a visit. However, Allison manages to ‘take care’ of the woman and later turns up the med student’s door under false pretenses. This is Cronican’s second appearance on “One Life;” last fall she played Dorian’s stylist.

On March 1st Graham Bunn, boyfriend of “All My Children” star Chrishell Stause (Amanda Dillon), tweeted that “My boy just booked a 4 yr deal on 1 Life!!!!!!!!!! Good news and vibes are in the air everyone!!!!!!” However, it remains to be seen if Bunn is referring to his good friend (and ex-“AMC”) star Aiden Turner, who was just revealed as one of the contestants for this fall’s “Dancing with the Stars,” or if it is another of his guy pals. SON is continuing to follow this story.

And “One Life to Live” has released two casting calls this week. The first is for the role of “Reed.” The scene opens with Reed enjoying his dinner at the Palace, when “Katherine” approaches. As she nears his table she tells herself that it was a mistake coming here. However, before she can leave, Reed looks up at her and says “Katherine Mackenzie.” Katherine approaches him and says “Reed Wagner. Long time, no see.” As he has a drink, Reed comments that it is great to see her again, and asks if she got his message. Katherine responds that it’s the reason she came to see him. Reed then calls her out, stating that she was about to walk out a few minutes ago. Katherine quips that she was looking for a waiter with some water. So Reed calls the waiter and requests some water for their table. As Katherine thanks him, Reed says that he thought she might be trying to run away again. Although she replies that she doesn’t run, he reminds that she did exactly that last time around in order to avoid what was going on between the two of them. Katherine claims it was nothing, but Reed reminds her of the night they spent in London. She says that it was a harmless celebration regarding the launch of a new wine. Reed says that she all she talked about was the vineyard, to which she replies that he owned stock in the venture and was just trying to make conversation with him. He then reminds her of some of the specifics about grapes and wine making that she told him about, to which she responds that anyone could know that stuff. As the scene ends, Katherine says that she can’t make any promises when Reed asks her not to run away again.

And the second script is for “Rodney.” The scene opens with him leaning against the door telling “Alexis” that she can’t go yet. Alexis is in shock, surprised that he can talk. Sounding bashful, Rodney says that he didn’t mean to scare her. Alexis assures him that he didn’t, but says that Mrs. Stevens told her that you hadn’t uttered a single word the entire time you had been lived at the sanitarium. Furthermore, she tells him that he should sit down and rest, since it appears that he has walked a long way. Rodney declares that there is no time to take a break, and that there is something that she needs to know. Sounding a little frightened, Alexis tells Rodney that she’s scaring him and demands to know what is going on. He points to a vase that her mother made, and says “Linda. Before she was murdered.” Shocked, Alexis asks if he was the person who called her asking her to come to the sanitarium. Rodney shakes his head and says that “Linda” was his friend. Alexis questions him about her mother’s alleged murder, asking him if he is telling the truth. As the scene ends, he assures her that he does not make things up.

Remember that “One Life to Life” frequently changes the names of the characters in audition scripts to attempt to throw off viewers. That being said, while the first script is a little vague, it is apparent that, in the second script, “Alexis” is Kelly, and that Linda is “Melinda.”

Kristen Alderson (Starr) tweeted Wednesday that “Starr is back to her old ways in the scenes I’m taping now.. look out ; ) “

Scott Evans (Fish) writes that “I have some pretty big decisions to make. Things are definitely gonna change.”

And “OLTL” Music Director Paul Glass comments that “Thanks! I really loved it also…he [Snoop Dogg] is amazing! I’m hoping to get some more behind-the-scenes footage out there over the next few weeks.”