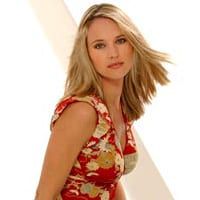 Ethan violates the restraining order against him and goes to the lake house where he implores Kristina to tell the truth that he didn’t beat her. Lucky arrests Ethan after Sam calls the cops on him. Jason and Carly discuss the fact that Kristina might not be telling the truth. Carly drops in on Kristina, who seems on the verge of unburdening herself but the moment is broken when Alexis returns.

Diane finishes giving her opening statement at Sonny’s murder trial. Dante and Lulu are set to finally make love for the first time when he’s summoned to the courthouse to give his testimony.

Maxie’s loved ones fear the worst as her health continues to deteriorate.