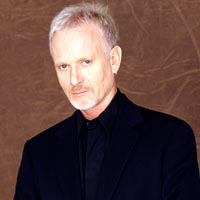 Jason tells Johnny he won’t be facing any retaliation for his betrayal but says that he’s now completely cut off from Sonny’s organization. Olivia’s concerned by Johnny’s attitude. Johnny pays Anthony a visit in prison with the intention of taking back the reins of the Zacchara family.

Luke accuses Nikolas of showing his true Cassadine nature. Helena pays Nikolas a surprise visit. An arriving Jason takes Elizabeth into his arms when she begins to suffer a meltdown in the middle of Kelly’s.