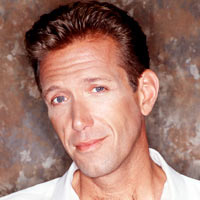 Erica and Ryan have a bittersweet parting with each agreeing they still want to keep their friendship alive.

Ryan opens up to Erica about his lingering feelings for Greenlee. David pushes Ryan’s buttons to the point where Ryan hauls off and slugs him. Jack can’t believe his eyes when Greenlee appears before him. After explaining how David hid her away for a year, Greenlee threatens to disappear from Jack’s life again if he presses charges against David. Greenlee demands that Jack not tell anyone, especially Ryan, that she’s alive.

Using her cell phone, Colby captures a video of Scott and Annie’s smoldering kiss. Annie later destroys Colby’s phone and the gloves are definitely off between the two adversaries.

JR tells Adam he doesn’t want or need him in his life but Adam’s determined to help JR through his health crisis.