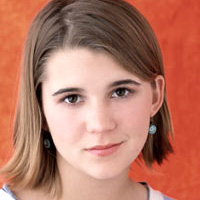 (SoapOperaNetwork.com) — Georgie Jones may be dead, but that won’t stop ABC’s “General Hospital” from bringing the character back for a little nostalgia with an appearance by Lindze Letherman, who last played the role in December 2007.

According to show sources, Letherman will return as ghost Georgie, who will try and help big-sis Maxie (Kirsten Storms) during a “special moment” for a number of episodes starting Friday,  March 26. With Maxie and Spinelli (Bradford Anderson) soon to make a full commitment to each other, it’s anyone’s guess as to what this “moment” could possibly be about.

Since departing “General Hospital,” Letherman has appeared in the film “Stamped!” and the online series “Life in General” created by “GH” writer Karen Harris.