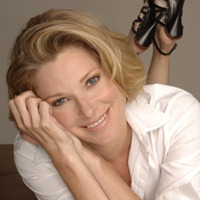 (SoapOperaNetwork.com) — Find out what’s in store as “All My Children” ushers February out and March in.

Nurse Gayle returns to “All My Children” on Tuesday, February 23. Late last month, Anna Koonin took a flight out to Los Angeles to reprise the role she began playing on the soap in February of 2009. Look for a spurned Gayle to cause some problems for her boss Dr. David Hayward (Vincent Irizarry). The actress will return for approximately two weeks this time around. “AMC” and Koonin may bring Gayle back for more appearances in the future.

Speaking of problems for Dr. Hayward, Erica Kane (Susan Lucci) is finally moving out of a mess of hotel rooms and into a home of her own – which she’ll initially be using for some dirty business involving her ex-boyfriend. Ms. Kane’s new penthouse set debuts on Thursday, February 18.

Tate Berney has been cast as Little Adam. Soap Opera Network can reveal to its readers that the information that Star-Kidz.net reported earlier this month is indeed true, Little Adam’s name will be changed to the more school-yard friendly name of AJ. Berney debuts as Little Adam on Tuesday, February 16. Look for Adam Chandler III, who is nearing his sixth birthday, to advocate for his name change approximately a week later.

Star-kidz.net is also reporting that young actress Emily Lind may be taking over the role of Emma Lavery. Emma was previously played by Lucy Merriam. All of “AMC’s” children actors had to be recast due to the move of production from New York to Los Angeles. We’ll keep you updated as news develops on the casting of the soaps younger generation.

As previously reported, Julia Barr returns to “AMC” as Brooke English on Tuesday, February 23. Watch for Brooke’s return to throw the current Mrs. Chandler (Melissa Claire Egan) for a loop both professionally and personally. Brooke will interact with many of the faces from her past that we would all expect her to and of course tangle with some of Pine Valley’s newer faces, such as Annie. Barr is back for a three month stint.

Cady McClain reprises the role of Dixie Cooney for approximately a week beginning on Wednesday, March 3. Look for Dixie and her very ill son, JR (Jacob Young), to share some emotional scenes.

It appears that Bill D. Dawes has taken over the role of Val on “AMC.” Dawes takes over the role from Michael Malone, who played the quirky role of Erica’s favorite assistant on the ABC soap for many, many years. That was Gary Weeks who took over the role of Dr. Clayton last week. Timothy Adams, of “Sunset Beach” and “One Life to Live” fame, played the recurring role of Greenlee’s (Rebecca Budig) doctor in January.