Home / News / Stephen Nichols Joins ‘The Young and the Restless’ 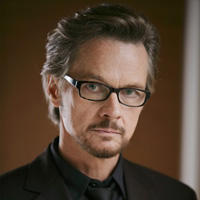 (SoapOperaNetwork.com) — Stephen Nichols debuts this week on CBS’ “The Young and the Restless” as a recast Tucker McCall, taking over from the departing William Russ. His first airdate is scheduled for Wednesday, January 27.

On his first day on the job look for Nichols’ Tucker to butt heads with numerous corporate sharks in Genoa City including Victor Newman (Eric Braeden).

Prior to his joining “Y&R,” Nichols enjoyed a number of years playing Steve “Patch” Johnson on NBC’s “Days of our Lives.” He left the soap last year after being dropped by show producers due to budgetary concerns. He portrayed the popular role of Stefan Cassadine on ABC’s “General Hospital” from 1996 – 2002 and again for a couple of months in 2003.