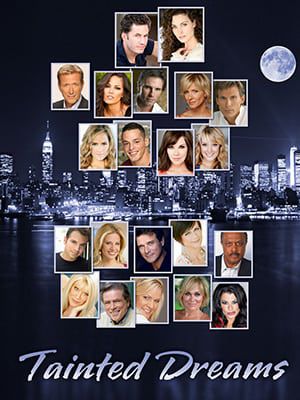 (SoapOperaNetwork.com) — It now appears that Barbara Garrick is back as Llanview’s favorite wackjob Allison Perkins.

SON first told you last week that Garrick, who portrayed Perkins from from 1986-87 (and again from 2001-03, as well as in 2008), was photographed hanging around with the”One Life to Live” cast outside the soap’s studios by shutterbug Steven Bergman.

Now, The Suds Report confirms that the actress will first air sometime “at the end of February….[and] will continue to air long after Roscoe Born’s Mitch leaves the canvas.”  Born is rumored to be departing from “OLTL” sometime after the upcoming February sweeps.

When viewers last saw Allison, she lapsed into a coma following a serious fall from a high-rise balcony, all-the-while insisting she knew a shocking secret about Jessica Brennan.

The Suds Report also states that, according to Robin Strasser‘s (Dorian Cramer Lord) hotline, the scribes at “OLTL” are currently working on a juicy long-term storyline for David Vickers, since portrayer Tuc Watkins is currently on hiatus from his prime-time gig “Desperate Housewives.”  Watkins has portrayed the comedic conman off and on since 1994.

Alfred Cerullo will portray a pilot on February 26th.

And “OLTL” Music Director Paul Glass tweets that the soap will “Definitely have a few cool montages coming up hitting on big story. Working on Snoop Dogg today..his scenes and performance total blast!”