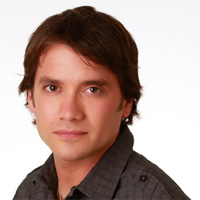 (SoapOperaNetwork.com) — The (not so) prodigal son.

Carly find a “gift” for Jason from Franco among Josslyn’s christening presents. Robin learns that Patrick has been keeping her in the dark. Michael unburdens himself to Morgan, Kristina and Molly. Jax admits his culpability to Carly on Thursday, February 4. Kiefer and Kristina’s relationship continues in its unsettling spiral. On Friday, February 5, Nikolas is forced to take action after Elizabeth has another meltdown at the hospital. Nikolas appeals to Lucky.

The Inside Story: The First Cut Is The Deepest
On Monday, February 1, OIivia tells a horrified Sonny that he shot his own son. Sonny and Olivia struggle to keep Dante alive as they wait for the paramedics to arrive. Lulu’s fears are validated when she arrives at Sonny’s apartment and sees jarring evidence of Dante’s fate. Sonny tells a barely conscious Dante that he is his father. Olivia lashes out at Sonny. Johnny is there for a wrecked Olivia. Lulu makes sure everybody knows just what Sonny did and then faces off with the mobster. Sonny refuses to leave Dante despite Jason’s warning on Tuesday, February 2, and ends up under arrest for Claudia’s murder. Sam manages to steal vital evidence against Sonny from the police station as Jason fills Carly in on the situation with her ex. Luke, Carly and Ethan do their best to comfort a reeling Lulu. Olivia wishes she had made different decisions. Carly is sympathetic to Olivia’s plight. Lulu is by Dante’s side when he awakes from surgery. Dante is stunned when Lulu confirms that Sonny is indeed his father on Thursday, February 4. Dante rages at Olivia. Carly implores Sonny to leave the country before it’s too late. Mac starts to question Olivia as Lucky begins to take Dante’s statement. Sonny aborts his escape at the last moment, unable to turn his back on Dante. Olivia and Dante both lie to protect Sonny. Sonny arrives at Dante’s hospital room on Friday, February 5.