(SoapOperaNetwork.com) — Dante Falconeri (Dominic Zamprogna) is having a little nightmare next month on “General Hospital” thanks to his mobster daddy, Sonny Corinthos (Maurice Benard), who shoots his son during the all important February Sweeps period.

On Tuesday, February 2, fans will get a glimpse into a comatose Dante’s childhood when the character has a nightmare. Youngster Matthew Johnson will play the “Kid,” who plays with a young Dante in the episode. It is unclear at this time who will be playing young Dante, however.

Child star Adam Wylie (now 25) will play “Officer Church” on Wednesday, February 3. Sam (Kelly Monaco) tries to distract Church in order to get back incriminating evidence on Sonny. Wylie is best known for his appearances in such series as “Picket Fences,” “American Dragon: Jake Long” and “Legion of Super Heroes.”

Claire Mills appears on the Friday, February 5 episode as “Gloria,” who brings her son “Jimmy” (Declan Beaty) to General Hospital due to minor burns. 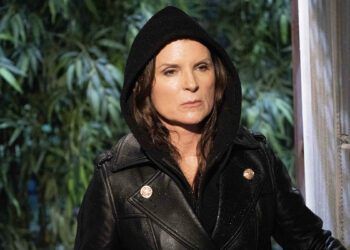