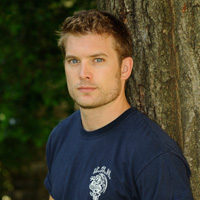 “The Ghost is Clear”

Brody tells Natalie and Jared that someone’s been stalking Jessica, leading her to believe that it’s Nash trying to reach out to her. Meanwhile, Delphina tries to make contact with Nash in the great beyond. Delphina admits to Jessica she’s not sure if she’s contacted Nash’s spirit but does warn her of impending danger.

Schuyler points out to Rex that if his relationship with Gigi fails, he’ll only have himself to blame.

Cristian doesn’t know what to think when he and Layla return home to find Stacy throwing herself at Fish. While at Rodi’s, Nick tells Kyle how Fish tried to interfere with their date.

David hams it up while keeping the camera rolling taping his reality show at Asa’s. Nora attacks David when he reveals he’s funding Matthew’s lawsuit. Clint sends David and his crew hightailing it out of the mansion.