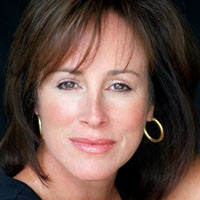 ONE LIFE TO LIVE: VCR ALERTS

JUST THE OPENING: Getting Used to ‘All My Children’?