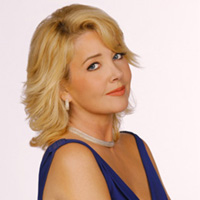 (SoapOperaNetwork.com) Over and done…

Deacon finds himself ousted out of rehab. On, Tuesday, November 9th, Kevin's bookie gives him a stern warning. That same day, Gloria finds herself stirring up trouble once again regarding the ones she loves. Abby decides on what to do about her relationship with Daniel. Thursday, November 11th, Billy does whatever it takes to keep Delia safe.

The Inside Story:When It's Over, It's Over
Victor blows Meggie out of the water when he informs her that he was very well aware of her con from the very beginning and swiftly had her drugs switched with placebos. Knowing that she's been had, Meggie tries to get out of town but is caught by Ronan, Heather and Murphy. Meanwhile, back at the rehabilitation center, Nikki sees on the computer about Victor's 'marriage' and becomes upset, turning her attentions to Deacon. Victor, on the other hand, starts to put the pieces together to realize that Meggie was the one that put Nikki back on the bender. He immediately heads over to Slidarity House but before he can even talk to Nikki about Meggie and her deceit, he once again finds her in bed with Deacon. Furious that the sight of the two of them, Victor attacks Deacon. Nikki instantly comes to Deacon's defense, stating that if Victor can marry Meggie, then she can be with Deacon. A furious Victor lets a stunned Nikki know that everything was a con and that Meggie was the one that made her fall off the wagon. Nikki quickly begs Victor to take her back, but still disgusted by the sight of her with Deacon, Victor tells her that they are over and storms out.

A Closer Look: A Chance to Start Over
Phyllis's relationship with Jack takes a terrible hit just as her divorce papers arrive. Not missing an opportunity to have a go at Sharon, Phyllis lets her rival know that their divorce will be final, and that she can have what she's always wanted. Later on that day, Nick tells Sharon about the divorce, which Sharon points out in knowing, courtesy of Phyllis. Putting aside the news of the divorce, Nick and Sharon spend time together looking over baby pictures of Faith. It is then that the two share their true feelings. As the two continue to grow closer, Victoria dampens the mood when she shows up with news about Nikki and Victor. Meanwhile, Sharon finds out that Adam is working Deacon's old job at Gloworm. Pleased to see her, Adam makes it a point in sharing with Sharon that he's no longer with Skye or working the Newman Fund. Sharon in turn tells him that she and Nick are working on getting back together. Nick's arrival soon ends their conversation. He tells her that after learning about the troubles of his parents relationship, he's come to realize just how much he loves her. He tells her that he wants to take her home and make love. which surprises Sharon. She soon wonders if she should go back home with him so soon, she gives in and is seduced by Nick.