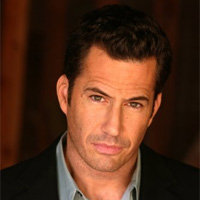 (SoapOperaNetwork.com) — The invasion of new characters into Llanview continues as “One Life to Live” cast two recurring roles.

Best known for his 1997-2000 stint in Pine Valley as “All My Chidren’s” Dr. Jake Martin, Michael Lowry has been cast by sister soap “OLTL” as a ‘character from the past.’ However, a spokesperson for the show refused to devulge any further information. Hmmm….wonder if this could possibly be the Ross recast, for which the soap recently released a casting call?

Joining Lowry in Llanview later this summer will be Broadway vet Nicholas Rodriguez as Nick, who will first air on Friday, August 14th. Look for the character, which was originally named Griffin in the audition script for the role, to come between former lovers Oliver Fish (Scott Evans) and Kyle Lewis (Brett Claywell), when he and Kyle go out on a date. Even though Officer Fish appears to have moved on by hooking up with Layla Williamson, this development is sure to ruffle his feathers. Rodriguez is best known for his performance as the man of the jungle himself in the musical “Tarzan.”

And in other news…

There is no big spoiler here, but we just thought we would share Kassie DePaiva‘s (Blair Cramer) latest message on her Twitter page: “Just got finished working and doing a soap scoop… Sipping a beer and checking emails before I start studying for tomorrow’s ‘OLTL.'” Guess it’s true what they say — you can take the girl out of the country, but you can’t take the country out of the girl.