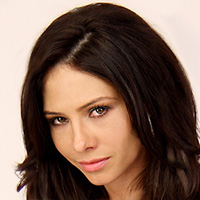 Carly and Claudia fear the worst after taking a tumble down the stairs at the hospital. Carly and her baby get a clean bill of health but Claudia starts to suffer severe cramps and seems to be in jeopardy of miscarrying. Sonny grows suspicious of Ric’s concern for Claudia and the baby. Jason forces Michael to go back to the hospital with him. Michael allows himself to share a tender moment with Carly.

Sam defends Jason to Kristina and wonders what’s really going on with her little sister.

Nikolas becomes irritated when Alexis refuses to back off Rebecca, warning he’s only going to get his heart broken all over again as she’s convinced Rebecca is up to no good. Rebecca and Ethan recall how they first met and cooked up their scheme. Nikolas finds Ethan and Rebecca together.