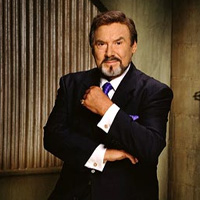 EJ and Philip make plans to exchange Stefano for Stephanie. Meanwhile, Owen continues to watch Stephanie as she lies in a morgue drawer unconscious. He returns to the woods to find Stephanie’s phone that was lost and realizes the phone is ringing. He answers the phone to EJ, who has finally tracked down Owen, and instructs him on where to deliver Stephanie to him. Owen agrees, but when he returns to Stephanie, she regains consciousness, and she tries to convince Owen to let her go. Owen is hesitant, but Stephanie pressures him to do the right thing. In the meeting spot, EJ calls Owen, wondering what’s taking so long, and Owen tells a worried EJ that there’s been a change of plans.

Brady walks in on Victor and Philip discussing the swap. Victor leaves to tend to Stefano while Brady questions Philip about what’s going on. Philip doesn’t divulge anything; however, Philip does apologize for not following Brady’s advice. He should have let the police deal with the DiMeras. Worried, Brady meets with Bo and tells him he thinks Stephanie’s life is in danger. Meanwhile, Philip anxiously waits on the pier for the swap to take place.

Rafe and Arianna have a family discussion about him adopting Grace. Rafe doesn’t want to hear it, but Arianna is persistent to make Rafe realize it’s a bad idea. Max steps in and introduces himself to Rafe, who gets up for some air. Arianna apologies for Rafe’s behavior, and she and Max share a nice conversation about family. Arianna goes to speak with Rafe, as Max leaves for the night and runs into Bo, and learns more about the Kiriakis and DiMera war.

After fighting with Will, Sami walks in on Arianna telling Rafe she hopes Sami doesn’t ruin his life. After Arianna leaves, Sami breaks down and Rafe comforts her. Sami feels better and the couple leaves for home.

Mia visits Will. Will talks about his fight with his mom and Mia wonders about Grace’s biological mom.