FacebookTwitterPinterestReddItLinkedin
TumblrEmailWhatsApp
Wednesday, May 27, 2009 3:18 AM ET | By Scotty Gore 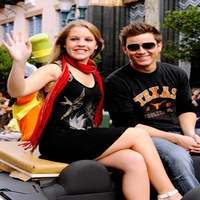 (SoapOperaNetwork.com) — Kristen Alderson and Brandon Buddy set the record straight about their future with “One Life to Live.”

With Internet speculation swirling that Llanview’s tumultuous teen couple Starr Manning and Cole Thornhart may soon be out the door, the actors behind two of “One Life to Live’s” most popular characters tackle the rumors surrounding their future with the show.

For almost a decade, Kristen Alderson has literally grown up before the eyes of “One Life” fans as the troubled daughter of reformed rapist Todd Manning.  Now the 18-year-old actress is ready to advance to the next stage of her career, venturing into primetime.  However, Alderson admits that, while interested in pursuing guest appearances in after dark network television, she is content on staying true to her daytime roots, telling Soap Opera Digest that “I’m definitely not planning to leave ‘One Life to Live.'”

As for Buddy, reports indicate that the actor, who made his “OLTL” debut in 2006 as the son of Marty Saybrooke and Patrick Thornhart, also has no plans to leave Llanview anytime soon.  That appears to be the story, despite speculation that the daytime sudser may be planning to kill off the character of Cole.  Instead, it appears that Buddy will remain with the show for the foreseeable future, and that viewers can expect to see more of Cole in the weeks and months ahead.

Matt Drago will return to “OLTL” in the coming months in a dayplayer capacity.  Drago, who appeared as a Rodi’s Patron last month, posted in his blog for the week of May 17th that “…tomorrow I will be back on set in ‘One Life to Live’!”  The soap regularly tapes approximately six weeks in advance.