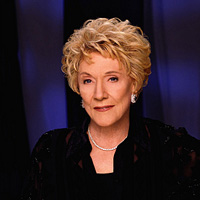 (SoapOperaNetwork.com) — Just below the surface…

Nikki begins to doubt that Katherine is the real deal on Monday, March 23. That same day Victor puts his two cents in by telling Nikki that the last time she trusted someone, she nearly got herself and others killed. Cane begins to question if gaining custody is the right thing when Lily turns his proposal down, Wednesday, March 25.

The Inside Story: Digging Deep
Unable to get over the fact that nobody believes who she is, Katherine begins to lose hope. Not wanting to give up on her friend, Nikki talks to Paul about another possible way to prove who she is. Paul says that the only other way is to exhume the body to prove that it’s truly Marge. Nikki is on board but Heather puts a big damper on things when she tells them that it’s not their call to make; they must get Jill’s permission, to which she quickly denies. Not giving up, Nikki approaches Victor on the matter. When Victor hedges on helping, Katherine lashes out at him in true form; which makes him realize that it really is her. Victor then convinces Jill into giving the go ahead to have the body exhume, on the condition of his giving her controlling interest in Jabot. In the meantime, Murphy, who truly loves Katherine, pops the question of marriage. She instantly accepts. Things however get nasty between Jill and Katherine when both bicker about who is right.

Amber finally finds herself face-to-face with an injured Kevin. She insists that they get him to the hospital but he refuses, taking them back to the cabin. When Amber tried to talk to him he becomes angry and shoves her in the closet with Clint’s dead body and locks it. Through the door Amber tries to convince Kevin that Clint, who he still thinks is his dead father, Tom, is truly dead. Kevin opens the closet door and tells Amber he wants her to help him make a coffin to put the body in. Unfortunately Amber says the wrong thing when she tells him that she thinks they should go to the poilce, causing Kevin to snap, pushing her into the coffin. Meanwhile, no longer in the coffin, Amber is told by Kevin that he’s taking her to Canada and that she’s going to help him with the next bank.