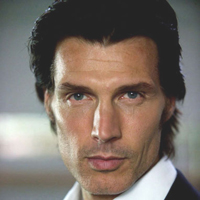 (SoapOperaNetwork.com) — Back for a reason…

Jack lashes out at Parker for running to Craig and then later arrests him. Dusty and Meg get into another liplock with one another. Paul threatens Meg.

The Inside Story: Home for a Purpose


Lily help Luke and Noah by going on WOAK to expose housing discrimination against the gay community. Things are going fine when they get positive responses on the show but quickly turn sour when hate mail is left at Lily’s doorstep. Keeping up the positive spirit, Luke puts together a fundraiser at Metro for gay/lesbian rights Noah, along with Luke share the news with Holden and Lily, who offer nothing but support to their son. Holden soon becomes concerned that Luke’s goals could put the family at harm but soon brushes the concern away. As the fundraiser gets underway, Luke honors his mother in a moving speech and later heads outside to grab some it information when a car hits him. Soon after a man comes to see if Luke is alright and takes him to the hospital. Noah, Holden and Lily rush to the hospital after hearing what has happened and are told Luke will be fine. Margo soon arrives to get information about the accident but is told by the doctor she has to leave so Luke can rest. When everyone has left the room, the person who was there earlier returns to Luke’s room and Luke is stunned to realize that it is Damien. Meanwhile, Holden and Lily decide to return to Luke’s room and are stunned to see Damien’s back in town, let alone sitting by their son’s bed.

A Closer Look: Blackmail’s the Name of the Game
After receiving information from Emily about Lucy’s secret business on the docks and how she’s using Craig in the process, Paul decides to pay Lucy a visit. When he confronts her, he tells her that he is well aware of her using Craig and Carly’s business to do some dirty dealings. He tells Lucy that if she doesn’t want the information to be disclosed to Craig, she’ll do what he wants her to; get Dusty away from Meg for good. Lucy tells him that she can’t do that, but Paul tells her that she will do exactly as he tells her. He says the sure way to get Dusty and Meg apart is for her to seduce him into sleeping with her and that she has 24 hours to do so. Despite her reluctance, Lucy realizes she has no choice but to do as Paul says.