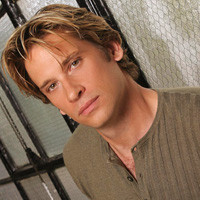 Being filmed for the documentary of their lives, both Katie and Brad grow tired and decide to escape. The two go to Henry and Vienna and talk them into switching roles with them; Henry will be a decoy for Brad while Vienna will become a decoy for Katie. Vienna begins to wonder what being a mother to Henry’s baby would be like; something Henry is not interested in. Meanwhile, Jack has his own woes when he learns that Parker and Liberty lied to him about where they were going. Craig steps up and tells Jack he gave money to Parker to go to the concert with Liberty in Chicago. Continuing to ‘get in good’ Craig offers his help to find them and Carly joins in the search. While Craig and Carly are off to bring Parker and Liberty back home, Jack and Janet are back at the house babysitting Johnny. When the party has returned Jack and Carly both lay into Craig for his lack of what being a parent is all about.

The Inside Story: Bye-bye Baby Bye-bye

Meg decides to go pay a visit to Paul despite the objections of Dusty. Paul on the other hand is boasting to Barbara that Meg is stll his wife and that he’s going to do whatever it takes to have her in his life again. When Meg arrives at Paul’s she lets him know that she’s still going forward with the divorce. She further infuriates him when she tells him that he will only have a limited amount of time with Eliza. The two begin a heated argument where Meg lashes out by telling Paul she loves Dusty. Later on, Barbara can’t bear to see Paul losing it. When he calms down he asks his mother to help him get Meg to bring his daughter to see him. She does so and has Meg and Eliza meet her at the Lakeview. Meg and Barbara are talking when the lights suddenly go out. When Dusty shows up the moment the lights come back on Meg and he discover that Eliza is missing. Meantime, Paul, who has Eliza, stows away in Josie’s car. Josie, who decided to leave Oakdale is stunned to find him in the backseat with the baby. Paul, who has been avoiding Barbara’s calls, eventually agrees with Josie to let her know that he’s fine. He warns her to keep her mouth closed about speaking to him. Unfortunately back in Oakdale, Dusty is unable to calm Meg’s worried heart. He then discovers the letter Josie left for him and thinks she might know where Paul and Eliza are. He calls her cell phone and leaves a message; one that Josie doesn’t get, thanks to Paul. Josie soon regrets not doing the right thing in terms of getting Eliza back to Meg, but Paul pushes her into letting him have Eliza for at least a week. Holden, who learns of Eliza’s disappearance, is furious that Meg is still relying on Dusty, who in turn feels responsible. Lily stuns Holden when she sides with Dusty and defends his actions. Holden shows up at Dusty’s place to get Meg to return back to the farm. Lily, in the meantime, assures Dusty that he isn’t to blame for what has happened but he still believes he should keep his distance. Dusty sees Meg and tells her that Josie called him, letting him know that Paul is indeed with her with Eliza. Meg soon begins to believe that there is hope for getting her back after all.

A Closer Look: Playing Keep-Away
Casey and Luke find out that Jade didn’t follow through in giving Casey’s message to Alison to meet him up on the roof. Meanwhile Matt has returned back to Oakdale and pays a visit to the hospital looking for Casey. When he runs into Alison who is upset, he escorts her to the park so she can open up to him about what’s bothering her. Casey is back at the hospital looking for Alison and finds out she’s gone to the park. When he gets there, Alison sees him and tells Matt to kiss her. Witnessing the kiss Casey leaves upset. Matt asks why she did that and Alison admits she did it to get back at Casey. Matt advises Alison to talk things out with Casey. Jade, seeing that Casey is upset, ‘offers’ to try to help make things better between he and Alison. Casey tells her that there is nothing for her to do; it’s over between Alison and he. Jade later goes to find Emily to let her know that she did as Emily requested. Unfortunately Emily wants to make sure that her sister and Casey remain pushed apart.