(SoapOperaNetwork.com) — The truth is… 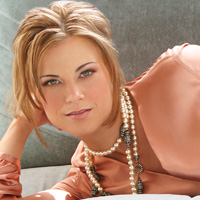 Olivia gives Natalia a list of things to do, and leaves the hospital to do her webcast. Olivia tells Natalia how much she appreciates all her help. Daisy finds a badly bruised Rafe who pleads with her not to tell Natalia. Desperate to help Rafe, Daisy turns to Grady who takes bitterly to her new interest.

The Inside Story: Plot Trouble

Dinah promises Grady she’ll get him his money in exchange for returning Lizzie safely. Over Alan’s protest, Mallet helps Bill out of a jam when he explodes after running into another dead end in the search for Lizzie. Lizzie stabs into the van, which causes a leak. Dinah fails at her attempt to steal the ransom and later finds Grady reeling outside the house after a tense exchange with Lizzie. Dinah manages to sneak a cell phone with its speaker on into the house unnoticed. Dinah tells Grady that the deal is off and they need to cover their tracks. Lizzie cries out to Bill when she suddenly hears his voice coming out of the cell. Bill explodes when the call suddenly cuts off and he’s told it can’t be traced. Meanwhile, an angry Grady stomps the cell phone and approaches Lizzie with a sharp object. A troubled Dinah is poised to confess when she learns that Lizzie hasn’t been found yet. Billy tries to talk some sense into a drunken Bill. Bill finds the white van and an item that belongs to Lizzie. Bill follows the leak the van left to a factory and knocks out the masked man he finds. Bill runs into the factory screaming for Lizzie and the two are finally reunited. Bill tells Lizzie how he found her and then calls the police. Dinah is relieved when she learns that Bill didn’t see the kidnapper’s face. Grady manages to escape just as Bill is about to unmask him. Grady covers his tracks with Daisy. Bill confesses to Lizzie that he loves her and that he can’t live without her.