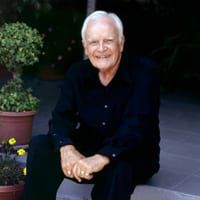 Reading between the lines…

Michael has a tense reunion with River, who has come paying him a visit. Later, he sees Gloria and after some time together finds herself waking up next to him. Nick tries again to reach out to his father. After a tense discussion with Katherine, Cane and Lily are left with the realization that as long as he’s the father of Chloe’s baby, his priorities are to her. Lily soon tells Cane good-bye. Daniel gets the cold shoulder from Amber. Phyllis makes Nikki an offer which she accepts. Jeff is furious when he gets an eyeful of Gloria and River together. JT and Neil have to once again deal with Brad. Daniel’s art show has some shocking events occur.

Nick works hard to repair the damage to RestlessStyle by doing a tribute to Sabrina. When Sharon questions Nick’s actions, she hits a serious nerve and the two have a squabble. Noah, who witnesses their argument, immediately jumps to his mother’s defense by telling Nick it was she that got Victor to help him out. Upon learning of her help, Nick apologizes to Sharon. Meanwhile, Jack still stewing over his loss, falls upon a letter Sharon written to Nick stuck under the couch. Furious, Jack meets with Phyllis to show what he’s found and the two become worried by what it could truly mean. Phyllis, still upset by the letter, gets into a debate with Nick about the direction of where the magazine should go. Nick later heads over to the Abbott mansion to talk to Sharon about her help. Jack soon comes upon them and as Nick heads out, Jack shoves the letter in his hand. When Nick gets back home, he tries to explain Sharon’s letter to Phyllis but she’s not buying it, telling him exactly what she thinks of Sharon. Alone, Jack gives Sharon a choice: she either supports the man she’s married to now or give her support to her ex.